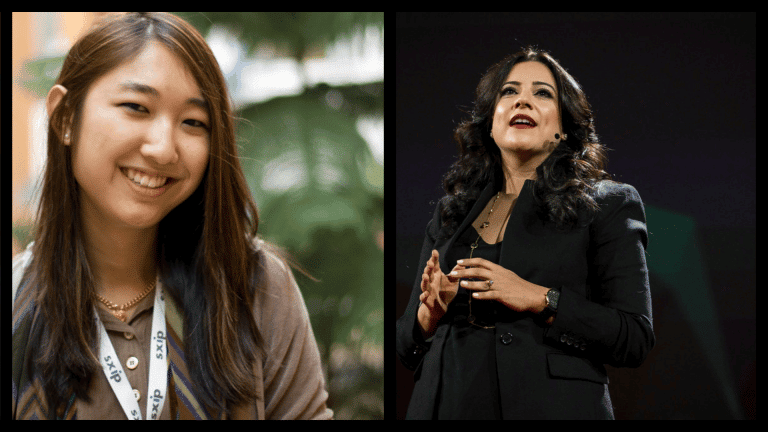 Many amazing women are currently changing the tech industry and making huge strides in the industry, which are helping to improve the world.

In what was once a male-dominated industry, the tech industry is now being transformed and pushed forward by many amazing women making vast and significant contributions.

Many of these women are also helping to pave the way for future female entrepreneurs and innovators. They act as an inspiration that it is more than possible for women to do well and thrive in a tech-based industry.

This article will list and celebrate what we believe to be the top ten most amazing women changing the tech industry.

Rachel Sklar, founder of TheLi.st website, has been quite an influential woman in the tech industry for over 15 years.

Rachel is co-founder of Change the Ratio, which aims to increase visibility and opportunity for women in the tech and media industries while also helping to found TheLi.st, a network for professional women motivated with the same goal.

Thanks to her efforts, the landscape of women in media has been changed for the better.

As founder and CEO of inDinero, Jess Mah has seen her company grow from zero to over 250 employees and has been featured in the prestigious Forbes and Inc 30 Under 30 lists.

Jessica left high school at just 15 years old to attend Bard College, where she studied computer science at U.C. Berkeley, went through Y Combinator, and is now proud to be a member of the Young Presidents’ Organization (YPO).

8. Ellen Pao − co-founder and CEO of Project Include

Ellen Pao, the co-founder and CEO of Project Include, first learned how to code at ten.

She graduated with a Bachelor of Science in Engineering in electrical engineering and a certificate in public policy from Princeton University while earning a Juris Doctor from Harvard Law and an MBA from Harvard Business School.

After working for several Silicon Valley companies and Reddit, Pao founded Project Include with several other women in the tech industry with the mission of preventing sexism and gender discrimination in Silicon Valley and improving overall diversity in tech companies.

Susan Wojcicki is the current CEO of YouTube and graduated with honours from Harvard University, earning a Bachelor of Arts degree in history and literature.

It wasn’t until her senior year at Harvard that she developed an interest in technology and went on to a Master of Science degree in economics from the University of California Santa Cruz and a Master of Business Administration degree from UCLA.

After graduation, Susan worked in Silicon Valley and helped to develop Google AdWords and AdSense and eventually became CEO of YouTube in 2014, a role in which she remains today.

6. Reshma Saujani − founder and CEO of Girls Who Code

Reshma Saujani is the founder and CEO of Girls Who Code and had the distinct honour of becoming the first-ever Indian American woman to run for U.S. Congress in 2010.

In 2012, Saujani founded Girls Who Code with the hopes of addressing the significant gender gap in the tech industry. To date, the organization has helped more than 450,000 girls, many of which are from underserved communities predominantly made up of Latina, Black and low-income girls.

Elizabeth is currently the director of user experience at Google and serves as the vice president of the Association of Computing Machinery.

Gwynne Shotwell is the president and COO of SpaceX and possesses a Bachelor of Science and Master of Science degrees in mechanical engineering and applied mathematics from Northwestern University.

Gwynne has always had an interest in space exploration. This curiosity and her past work experiences made her a top candidate for SpaceX in 2002, bringing her on as their 11th employee and Vice President of Business Development.

Since then, Gwynne has thrived and become the company’s current president and COO. In 2020 Gwynne was inducted into the Women in Technology International Hall of Fame and named one of Time magazine’s 100 most influential people in the world in 2020.

The career of Kate Crawford, the co-founder of New York University’s A.I. Now Institute, has focused on exploring the sociopolitical implications and applications of artificial intelligence since earning her PhD from the University of Sydney.

Sheryl Sandberg is the Chief Operating Officer at Facebook, and as such, she has a wealth of experience within the tech industry.

She was also a trailblazer in the tech industry as she was one of the first women to take on an executive role in Silicon Valley as Vice President of Global Online Sales & Operations at Google.

In first place on our list of what we believe to be the top ten most amazing women changing the tech industry currently is the founder and CEO of GoldieBlox, Debbie Sterling.

Debbie created GoldieBlox to introduce engineering and construction toys for girls when there were no such products available. From modest beginnings, GoldieBlox has now grown into a toy company worth almost $100 million!

That concludes our list of what we believe to be the top ten most amazing women changing the tech industry. Are there other women currently making huge contributions to the tech industry that you think deserve a place on our list?