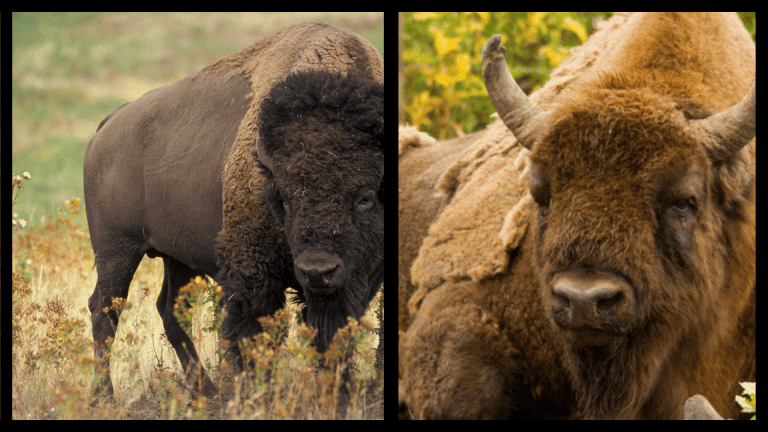 In recent weeks, we saw wild bison return to the UK for the first time in thousands of years as they made themselves at home in Kent.

Recently wild bison made their momentous return to the UK thanks to the Wilder Blean project. It is the first-time wild bison have roamed in Britain for thousands of years.

European bison are the continent’s largest land animal, with bulls potentially weighing up to a tonne. While European bison were extinct in the wild a century ago, they are now slowly recovering through reintroduction projects such as the Wilder Blean project across Europe.

The aim of the project – utilising nature’s engineers

The main aim of the Wilder Blean project is to discover just how well bison can act as natural “ecosystem engineers” and aid in actively restoring wildlife.

Thanks to the gentle giant’s natural behaviour, it is hoped that they will transform a dense commercial pine forest area in the Kent countryside into a vibrant natural woodland.

As bison love bark, it is expected that as they kill some trees, clear paths, and roll around on the ground, they will create new trails. However, much of the debris will help plants, lizards, birds, bats and insects also to thrive too.

Currently, the UK is one of the world’s most nature-depleted countries. So, the hope is that projects such as this will help overturn this.

The project also has a favourable climate aspect; having more natural woodlands will lead to more carbon being absorbed. Thus, helping in the battle against the climate crisis.

“The restoration of naturally functioning ecosystems is a vital and inexpensive tool in tackling the climate crisis,” said Evan Bowen-Jones, CEO of Kent Wildlife Trust (KWT).

“We want Wilder Blean to mark the beginning of a new era for conservation in the UK. We need to revolutionise the way we restore natural landscapes, relying less on human intervention and more on natural engineers like bison, boar and beaver.”

Paul Whitfield of the Wildwood Trust added: “Not only this, but we’re giving people in the UK – for the first time in over a thousand years – the chance to experience bison in the wild. It’s a really powerful, emotional, visceral experience and it’s something we’ve lost in this country.”

The future of the project – growth and expansion

A young bull from Germany will join the bison in mid-August. The plan is that soon after, the bison will be joined by other grazing animals. These will include iron age pigs, Exmoor ponies and Longhorn Cattle.

Their natural behaviours complement the bison in their efforts to manage the landscape. They expect the bison to breed with females, producing one calf a year.

The Wilder Blean site hopes that in the future, they will be able to provide bison to other locations in the UK and exchange animals with their European counterparts across the continent. Read some more good news headlines here.