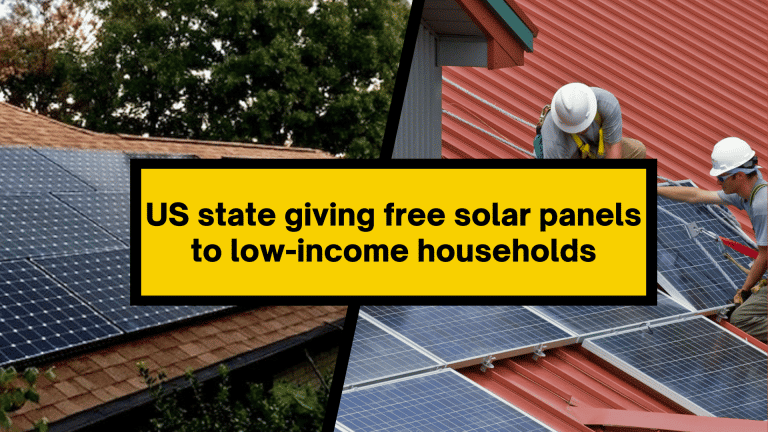 The US state of Delaware is at the forefront of a brand-new pilot program giving free solar panels to low-income households. The program also aims to cover up to 70% of rooftop solar costs for moderate-income participants.

The pilot program is set to run over two years initially. Officials hope that it will significantly help moderate-low income residents by lowering costs and eliminating costs for low-income families.

Low to moderate-income households stand to gain the most from having solar panels installed by the state-funded program.

The pilot program – eagerly being watched

Rob Underwood is the Energy Programs Section Administrator for the Delaware Department of Natural Resources and Environmental Control (DNREC). He has already reported much interest from locals interested in the state’s new solar equity program.

Underwood also stated his confidence that the program would be a success. He said, “All the way from the governor’s office to the secretary, down to my level, we’re really excited about launching this program.”

Explaining benefits, he continued, “It allows us to offer residential solar to Delawareans who traditionally were not able to afford the upfront costs.”

The DNREC is funding the pilot program mainly out of a green energy fund endowed by a surcharge levied on customers of Delmarva Power. This utility serves approximately half of the state.

The pilot program also received some funding from a weatherization program. This program is supported by the Regional Greenhouse Gas Initiative, a carbon cap-and-trade program in the country’s northeast.

The pilot program builds upon Delaware’s existing Weatherization Assistance Program for low-income households. Residents approved for free solar panel installation will first get their homes weatherized at no cost.

“This is a chance for us to give people homes that reduce their electric bills from the energy-efficiency side as well as the renewable-energy side,” explained Underwood.

Underwood referenced that during the pilot’s development, some people had urged him to start with a ​“big statewide program and put everything we had into it”.

However, he believes the approach they have taken to give free solar panels to low-income households is the correct one. He explains that lessons learned from the pilot will allow them to improve and tweak the program before expanding it to all of Delaware.

Qualifying for the pilot program – meeting the required criteria

To qualify for the pilot program for free solar panels, residents must only meet a few specific criteria. For example, they must reside within Delmarva’s service territory and fall under certain income thresholds.

Households with an income at or below 200% of federal poverty guidelines will qualify for the new solar program. The pilot program, which is giving free solar panels to low-income households in Delaware, is the latest among many such programs throughout the United States.

At the end of the program, the DNREC plans to bring in a third party to evaluate the overall success. They hope that Delaware will be a model that can be emulated throughout the rest of the other states.