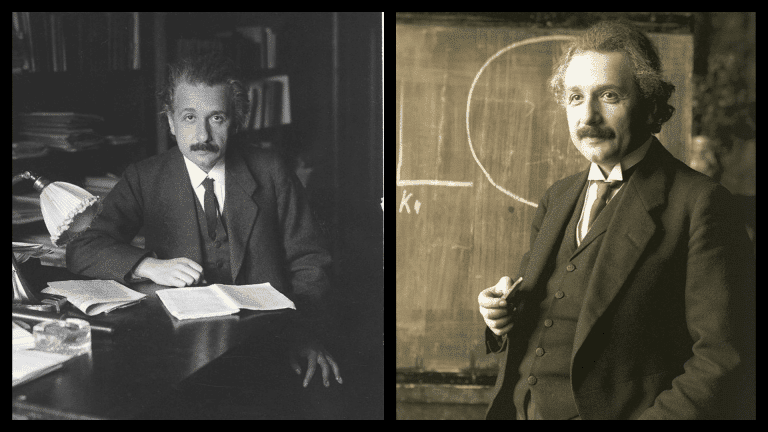 Perhaps one of the most inspiring figures of the 19th and 20th centuries, Albert Einstein is often remembered for his insightful words of wisdom.

Albert Einstein was a German-born theoretical physicist renowned for developing the incredibly influential theory of relativity, as well as his various contributions to quantum mechanics.

As one of the most inspiring minds of the past 200 years, Einstein often comes to mind when people are asked to name a genius. However, as a student in school, his teachers believed he was destined to fail.

Aside from his scientific pursuits, Einstein is also remembered for his inspirational outlook on life. So, if you need some motivation, here are 20 inspiring Einstein quotes on education.

20. “It is the supreme art of the teacher to awaken joy in creative expression and knowledge.” – find the joy in learning

Kicking off our list of inspiring Albert Einstein quotes on education is this one, which focuses on the importance of finding joy in learning.

19. “Education is what remains after one has forgotten what one has learned in school.” – we can’t deny the truth in this one

This is, perhaps, one of Albert Einstein’s more humourous quotes. And, considering how much we remember about the subjects we learned in school, we really can’t deny its accuracy.

18. “The gift of fantasy has meant more to me than my talent for absorbing positive knowledge.” – the power of imagination

Having come up with new theories about quantum mechanics, Einstein always focused on thinking outside the box rather than just focusing on the knowledge that was already known.

17. “Logic will get you from A to B. Imagination will take you everywhere.” – think outside the box

Logic is important to get us by in daily life. However, imagination will help us progress into the future.

16. “To raise new questions, new possibilities, to regard old problems from a new angle, requires creative imagination and marks real advance in science.” – how we move forward

As the man who developed the theory of relativity, Albert Einstein has had a huge impact on modern science and the world today. This, he credits all to the imagination.

15. “The important thing is not to stop questioning. Curiosity has its own reason for existing.” – never stop being curious

If we don’t continue to pursue curiosity, we will never learn anything new. It is Albert Einstein’s constant curiosity that led to some of his greatest discoveries.

14. “All that is valuable in human society depends upon the opportunity for development accorded the individual.” – one of the most inspiring Albert Einstein quotes on education

Einstein firmly believed that every individual deserved to be granted equal opportunities in order for society to progress as a whole.

13. “It is the fundamental emotion that stands at the cradle of true art and true science.” – where it all begins

Without emotion, we will not desire to learn or create. Our emotions lead to deep reflections that lead to learning and creativity.

12. “Intellectual growth should commence at birth and cease only at death.” – never stop learning

This fits alongside the idea that once you stop learning, you start dying.

11. “Any man who reads too much and uses his own brain too little falls into lazy habits of thinking.” – always question what came before

Having a thirst for knowledge is important. However, it is equally important to continue to question all that has come before.

10. “It’s not that I’m so smart; it’s just that I stay with problems longer.” – Einstein’s thoughts on his own genius

One of our favourite Albert Einstein quotes on education, the renowned scientist didn’t believe himself to be more intelligent than others. Rather, that he was determined to find answers.

9. “Everybody is a genius. But if you judge a fish by its ability to climb a tree, it will live its whole life believing that it is stupid.” – unconfirmed source

It is unconfirmed whether this quote was originally said by Einstein. However, it is often credited to him – and we think it is an important message to remember.

8. “If you can’t explain it simply, you don’t understand it well enough.” – an important principle

If you have extensive knowledge of a particular subject, you should be able to explain it in a way that everyone can understand.

7. “Strive not to be a success, but rather to be of value.” – the most important thing

Living as part of a society, it is always important to focus on what we can do for others and how we can impact the world for the better.

6. “Let us not forget that human knowledge and skills alone cannot lead humanity to a happy and dignified life.” – we need more

While learning and education are important, love and compassion are the glue that holds our lives and relationships together.

5. “Learn from yesterday, live for today, hope for tomorrow. The important thing is not to stop questioning.” – stay curious

Curiosity was perhaps the most important thing to Albert Einstein, which helped him come up with his quantum theory and progress in quantum mechanics.

4. “I have no special talent. I am only passionately curious.” – Einstein’s guiding belief

Holding a similar message to many of the quotes listed above, Einstein did not believe himself to be a genius. Rather, his innate curiosity led him to the answers.

3. “A person who never made a mistake never tried anything new.” – don’t fear failure

Many of us are afraid to try new things in case we fail or make a mistake. Even Albert Einstein, remembered as one of the most inspiring minds of the 19th and 20th centuries, made mistakes.

2. “We cannot solve our problems with the same thinking we used when we created them.” – try to find new solutions

We must always strive to think outside the box and discover new ways of learning if we want to progress.

1. “The true sign of intelligence is not knowledge but imagination.” – the most important thing

Topping our list of inspiring Albert Einstein quotes on education is this one in which he extolls the virtues of imagination over knowledge.

Did Albert Einstein say education is not the learning of facts?

What is Albert Einstein’s most famous quote?

Einstein had many famous quotes. However, one of the most remembered is, “Intellectual growth should commence at birth and cease only at death.”

What did Einstein say about knowledge?

Einstein believed that knowledge was not as important as imagination.

If you’re a true fan of country music, you should make it your business to…