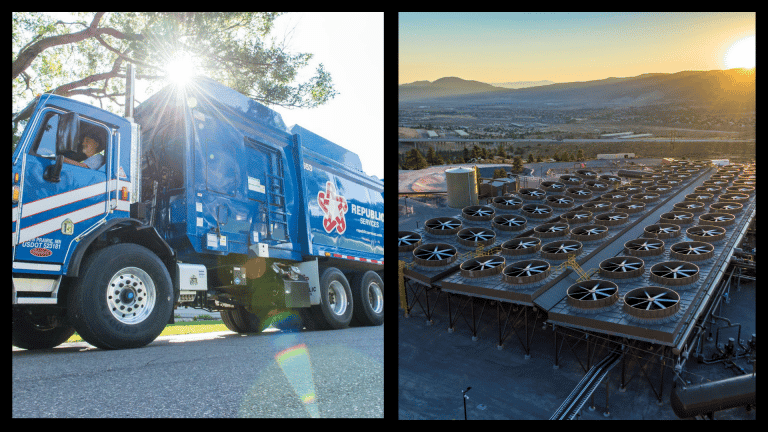 If you are looking for a great green company to get involved with, then you will be delighted to find that there are many great sustainable companies to invest in just waiting to be discovered.

Sustainable companies stand out from others because their mission is one of social responsibility, fair trade and, of course, making a profit for investors.

Investing in sustainable companies has become more prevalent in recent years. People have realised that investing in these companies can not only be very beneficial in generating revenue, but you can also feel proud that your money will be going towards a positive cause.

In this article, we will list what we believe to be the top ten best sustainable companies to invest in. Let’s take a look.

10. Nio – a company known for its innovative smart vehicle features

Nio is a China-based company known for innovating smart vehicle features with many of their most popular products, including soft-opening doors, sensors and floating car displays.

In recent years they even invented a solid-state battery that lasts 620 miles. The company recently expanded to the European auto market and aims to gain a foothold with a need for strong electric cars.

The company’s primary focus is on farm-raised salmon and everything involved with the product’s harvesting, processing and marketing.

As the company has been around for many years, it’s viewed by potential investors as being more of a safe bet to put your money into.

8. NextEra Energy (NEE) – the world’s largest generator of renewable energy from sources such as wind and the sun

NextEra Energy is the world’s largest renewable energy generator from sources such as wind and the sun. As these energies will become more in demand in the next decade, the company is in a great position to benefit and thrive.

Enphase Energy is a consumer-oriented solar energy company with experts in efficiently utilising solar energy. They have experience installing over 36 million microinverters on approximately 1.5 million homes.

With the costs of solar energy falling and the worldwide push to use cleaner energy gaining momentum, Enphase Energy is in a great position to prosper, as are its investors.

Republic Services (RSG) is currently the second largest waste management company in the United States, with nearly 200 landfills across the country.

The company focuses on dealing with non-hazardous domestic waste in households. Its mission is to create as much renewable energy as possible through recycling.

With 14 million customers across the United States and soon predicted to go global, this company should be considered a solid potential investment opportunity.

5. Canadian Solar – a global leader in the world of solar manufacturing

Canadian Solar was founded in 2001 and has since become a global leader in solar manufacturing as it has expanded to over 20 countries.

The company is also involved in the management of solar plants and is regarded as a strong buy for investors.

Sunrun is currently the largest solar rooftop business in the United States and is responsible for 20% of all such installations.

Sunrun could make for an excellent addition to your investment portfolio if you’re a believer in the importance of solar energy.

3. Ormat Technologies (ORA) – a leader in the geothermal energy industry

Ormat Technologies is regarded as a geothermal energy industry leader. They operate in many different regions such as Central America, Southeast Asia, Africa and the United States.

While geothermal power isn’t as popular as solar energy, for instance, it is gaining momentum rapidly, so now may be a good time to invest before it becomes more mainstream and popular.

Ford is a well-known company that has been in operation for over a century. It has built a strong reputation for itself.

In recent years, Ford has made an effort to be seen as a green company and has committed to renewable energy.

They have a strong focus on the production of electric cars. Thus, helping to reduce the level of the world’s overall toxic greenhouse gas emissions

In first place on our list of the top ten best sustainable companies to invest in is Brookfield Renewable Partners, which is one of the largest renewable power investors worldwide.

In 2021 the company saw record inflows of $34 billion in the third quarter. So, as they have stated that its goal is to double the size of the business over the next five years, the future looks bright for both the company and its investors.

That concludes our article on what we believe to be the top ten best sustainable companies to invest in. Bare in mind that this is not financial advice.

If you want to invest in these companies, do so at your own risk. Always make sure to exercise due diligence when investing your money in any company, sustainable or otherwise.