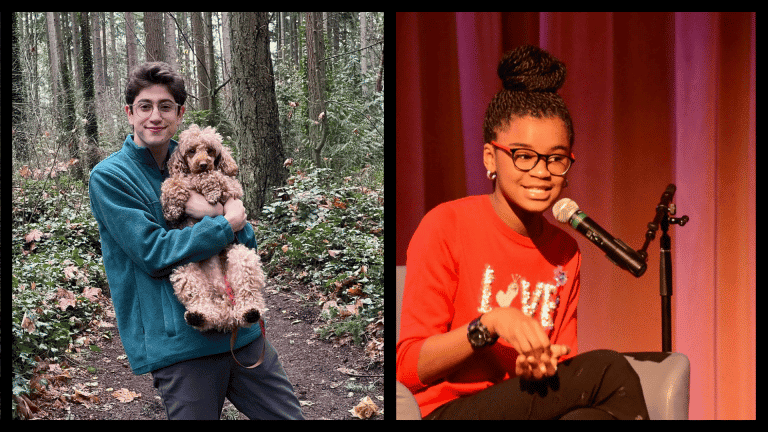 We’re seeing more and more young people following their dreams and standing up for what they believe in. Here are the most inspiring teenagers in the world.

From climate activists to musicians, artists to extraordinary individuals, the most inspiring teenagers in the world have achieved a lot despite their young age.

Many young people have made a hugely positive impact on the world, inspiring other kids and teenagers to follow in their footsteps, stand tall in their beliefs, and fight for what is right.

So, if you’re curious to find out more, read on. Here are the ten most inspiring teenagers in the world you need to know about.

Standing at the forefront of a movement that is challenging racism and spreading the message among young people in the United States, Thandiwe Abdullah is undoubtedly one of the most inspiring teenagers in the world.

If you haven’t heard of Stranger Things, then you must have been living under a rock! Millie Bobby Brown shot to overnight fame aged just 12 as Eleven in the hit Netflix series.

Since then, she has gone from strength to strength to become one of the most recognisable names in modern media. Alongside this, she is also UNICEF’s youngest-ever Goodwill Ambassador.

Now just 17, Rishab Jain has achieved more than most people do in their lifetime. An inventor, researcher, developer, and YouTuber from the United States, Jain has already won America’s Top Young Scientist.

Cancer is a disease that has had a huge impact on the lives of almost everyone around the world. To assist, Jain invented a Pancreatic Cancer Deep Learning System to improve radiation treatment.

Bullying is a huge issue among young people all over the world. Jaylen Arnold stood up and said that bullying is never okay.

He created Jaylen’s Challenge aged just eight to educate kids who bully other kids, especially those with disabilities, to teach them just how dangerous and wrong bullying is.

6. Isra Hirsi ‒ speaking up for the planet

The daughter of US Representative Ilhan Omar, Isra Hirsi is an incredibly inspirational young climate activist.

Aged just 16, she co-founded and served as the Co-Executive Director of the US Youth Climate Strike to raise awareness of the importance of fighting climate change.

Believe it or not, Avi Schiffman, aged just 17, was one of the most important figures during the COVID-19 pandemic.

The young American web developer created a website providing worldwide information about the global spread of SARS-CoV-2. By late April 2020, around 30 million people were visiting his website every day.

Gitanjali Rao is an incredible young scientist who was named TIME’s 2020 Kid of The Year. She has won numerous awards for her work in science and innovation, and we can’t wait to see what she goes on to do.

Undoubtedly one of the most inspiring teenagers in the world, Gitanjali Rao is inspiring a whole new generation of girls in science.

Questioning why she didn’t see kids who looked like her in the books and media she consumed, Marley Dias decided it was time to make a difference.

While in elementary school, Dias launched a campaign called #1000BlackGirlBooks. Her aim was to collect 1,000 books with black female protagonists to donate to black girls at other schools.

Sophie Cruz is only 12 years old. However, she has achieved an incredible amount in her short life so far.

Born in the United States to undocumented immigrant parents, Sophie Cruz has always been concerned about immigration reform.

Aged just five years old, Sophie gave a note to Pope Francis asking him to call on US lawmakers to introduce comprehensive immigrant reform so she and her family could live together without fearing deportation.

1. Greta Thunberg ‒ one of the most inspiring teenagers in the world

Perhaps one of the most recognisable teenagers in the world, Greta Thunberg is a young climate activist who isn’t afraid to stand up to the most prominent politicians in the world.

Having inspired a whole new generation of climate activists, Thunberg’s impact is far-reaching. We can’t wait to see what she does in the future!

10 wellness Wednesday quotes to get you through hump day