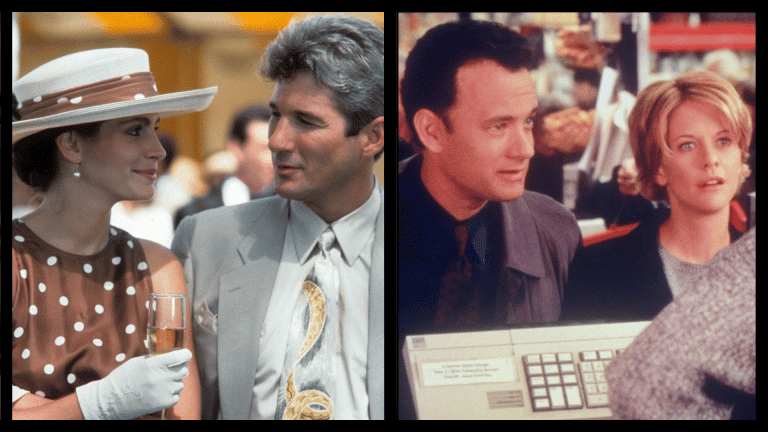 There’s nothing like it when you need a pick-me-up than a heart-warming, feel-good movie. Luckily, there are plenty of great options to choose from on Amazon Prime right now.

Need a boost? We are ranking the ten best feel-good movies on Amazon Prime right now. Whether it’s romance or comedy, moral tales or easy watching, there is nothing like a feel-good movie to warm you from the inside out.

From movies that you can get lost in for hours to films you can switch on for some background noise and light-hearted entertainment, there is something for all tastes and scenarios.

Kicking off our list of feel-good movies on Amazon Prime right now is the 1998 hit You’ve Got Mail, starring Tom Hanks and Meg Ryan.

Set in New York, the movie follows the story of a millionaire owner of a bookstore chain and the owner of a small, independently-owned bookshop. We follow along as the pair fall in love online, completely unaware that they’re actually business rivals.

This British comedy-drama film will undoubtedly have you laughing out loud within minutes of switching it on.

Starring the late Heath Ledger alongside Julia Stiles, 10 Things I Hate About You is a 90s classic based on Shakespeare’s The Taming of the Shrew.

You can’t help but smile (and cringe a little) when Heath Ledger’s character Cameron sings ‘Can’t Take My Eyes Off Of You’ with a full marching band.

Based on the classic Peter Pan, Hook tells the story of a now 40-year-old Peter upon his return to Neverland.

Starring Robin Williams, Dustin Hoffman, Maggie Smith, and Glenn Close, this is a fantastic retelling of the beloved children’s tale.

Now, there is nothing more heartwarming than an adorable fluffy bear to cheer you up now, is there? Well, maybe one with an addiction to marmalade sandwiches!

Paddington and Paddington 2 are both on Amazon Prime right now, offering you some great feel-good viewing when you need to lift your mood.

Rat Race was a hit when it was released back in 2001. So, if you haven’t seen it yet, it is definitely one of the feel-good movies on Amazon Prime you should watch right now.

Casino magnate Donald Sinclair offers six contestants the chance to win two million dollars in a race against each other from Las Vegas to Silver City, New Mexico.

If you haven’t seen Calendar Girls yet, then you need to add it to your watch list right now.

Featuring an all-star cast with Helen Mirren, Julie Walters, Celia Imrie, Penelope Wilton, and more, this movie tells the story of a well-to-do charity group who decide to make a nude calendar to raise funds for their friend’s leukaemia treatment.

If romance is your thing, then you need to watch Pretty Woman starring Julia Roberts and Richard Gere.

Edward, a rich entrepreneur, hires prostitute Vivian to accompany him to a few social events. However, what the pair don’t see coming is that they end up falling in love.

Starring the iconic Whoppi Goldberg, Sister Act is a classic 90s film that will have you smiling and laughing for almost two hours straight.

Forced into witness protection as a nun after witnessing a murder, nightclub singer Deloris Van Cartier struggles to adjust to her new life in the convent. That is until she joins the convent choir.

Determined to make the most of their last six months, the men decide to fulfil everything they have left on their bucket list. Hilarity ensues, and the men form a heartwarming friendship along the way.