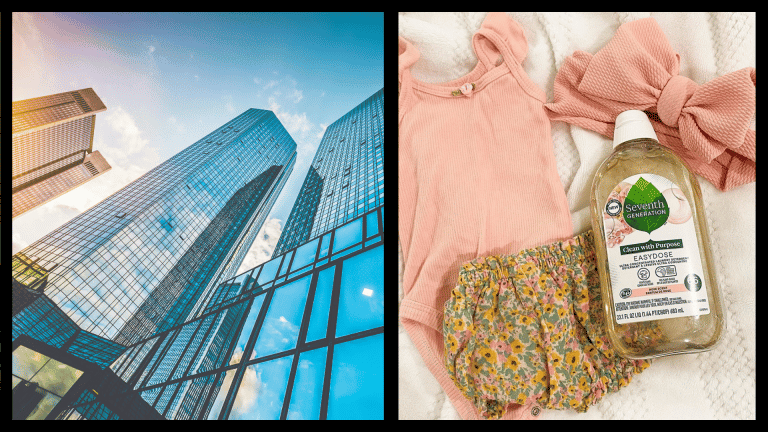 With their wealth, resources, and power, there are some companies playing their part in creating a better future. Here are the top ten businesses doing good work for the environment.

With climate change now becoming one of the most pressing issues of our day, it has become incumbent upon large companies and multinationals to take the biggest steps to help alleviate the pressure and make a positive change for the future.

And while there are some that have not yet played their part and may still contribute to the negative effects of climate change, there are plenty out there using their influence in an attempt to reverse the harmful effects. Here are ten businesses doing good work for the environment.

Solar windows are deemed to be economically affordable and also environmentally friendly. Hence, the important work of SolarWindow Technologies means it kicks off our list of the top ten businesses doing good work for the environment.

The company’s own website pledges that its technology will “seamlessly integrate into everyday life to deliver modern, clean, and renewable energy”.

The company creates invisible solar windows, so it is not only environmentally pleasing but also aesthetically pleasing, too.

Next on our list of businesses doing good work for the environment is Seventh Generation. They create cleaning products from renewable ingredients with recycled and recyclable packaging.

In 2019, Forbes described Seventh Generation as the “largest eco-friendly cleaning supplies seller in the United States”. By 2025, the company have pledged to operate with 100% renewable energy.

IKEA is one of the most popular companies in the world, with many people availing of its products when designing their homes. With its popularity, however, comes responsibility.

The difficulty is that it has over 400 stores in over 30 countries with millions of customers. However, the company has pledged to increase sustainability by buying old or broken IKEA furniture to recycle.

The business wishes to become “climate positive” by 2030 and aims to make sure that 90% of its products become eco-friendlier.

Next on the list of businesses doing good work for the environment is Pela. The company has created environmentally friendly phone cases to combat plastic alternatives.

Their version emits 30% less carbon emissions, 34% less water usage, and results in 80% less waste production. Plus, it still protects your phone all the same.

6. Preserve – one of the best businesses doing good work for the environment

Much like Pela, Preserve has taken its innovative touch and created a more eco-friendly version of a number of everyday products, such as toothbrushes, razes, and houseware.

Better still, Preserve it climate neutral certified. This is another string to its bow in combating the damaging effects of climate change.

Kicking off the top five of our list of businesses doing good work for the environment is Tentree. Tentree is a leader in sustainable clothing.

Tentree states that its clothes are made from sustainable materials. Furthermore, the company plans to plant 1 billion trees by 2030. Already the company has planted over 78 million trees, a phenomenal achievement.

Its Human Powered Businesses put its people and planet first and above any quick profit. Part of the company’s ethos includes not only the desire to integrate fairness, transparency and work-life balance but also “environmental stewardship”.

3. Allbirds – for a greener form of fashion

Allbirds is straight in its approach, recognising the fashion “pollutes the planet”. The company has aimed to make fashion greener with its Allbirds Flight Plan.

Goals include their plan to cut their carbon footprint by half in 2025 and reduce it to zero by 2030. Additionally, the company is already 100% carbon neutral and will continue to do so, as well as inviting other companies to do the same.

Patagonia is a regular name that pops up if you are searching this particular topic, and so the company grabs the penultimate spot on our list of businesses doing good work for the environment.

The company says, “We’re in the business to save our home planet”. The outdoor clothes company implements its own “Earth tax”, meaning it puts 1% of its profits towards environmental causes to “defend our air, land and water”.

1. Tesla – putting electric cars on top of the map

Topping our list of the businesses doing good work for the environment is Tesla. There may be other more eco-friendly causes on this list, but it’s perhaps the stature of this company that places it so high.

According to Tesla’s own website, in 2020, its customers helped to accelerate the transition to renewable energy, such as electric cars, by 5 million metric tons of CO2 emissions.

While concerns have been raised about some aspects of the company’s work, such as its battery production, Tesla’s electric cars are more sustainable than traditional cars.