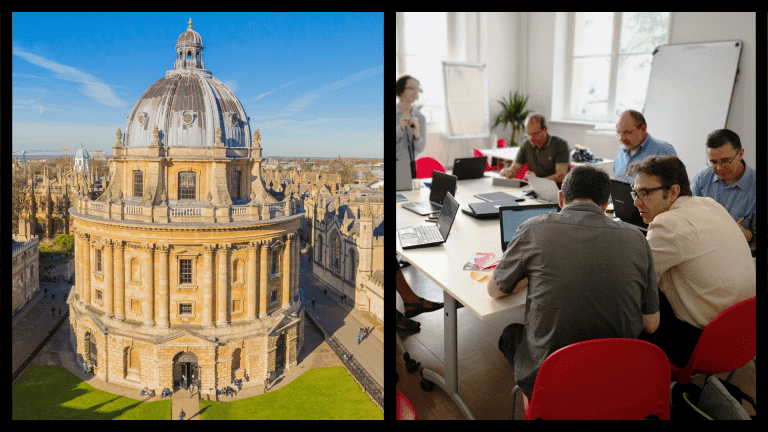 Educational development is now a priority for nations across the globe. From a 2021 in-depth study, here are the top ten best countries in the world for education.

Education is now regarded worldwide as a human right and is a fundamental component in the machinations of a nation. It plays a key role in social, human, and economic development.

This list of the best countries in the world for education has been compiled by the Best Countries Report of 2021, commissioned by US News and World Report, BAV Group, and the Wharton School of the University of Pennsylvania.

The three key components of their education rankings, which surveyed 78 countries, were a well-developed public education system, if people would consider attending university there, and if top-quality education is provided.

From continent to continent, here are the top ten countries in the world for education, ranked.

Dutch education kicks off our list of the best countries in the world for education. The Netherlands finished ninth in the previous year and maintained its top ten position for 2021.

According to the World Economic Forum, the Netherlands is the third-most educated country in the world. A third of Dutch 25 to 64-year-olds hold a university degree, while the country is renowned for offering educational opportunities.

High-quality education is also found in Sweden. In 2021, an exceptionally high total of 42% of the Swedish population had some upper secondary education level.

Indeed, 94% of three to five-year-olds were enrolled in early childhood education, higher than the average across OECD countries.

Australia, which ranks eighth on our list of the best countries in the world for education, is home to a fantastic higher education system.

Its 22,000 courses and 1,100 institutions ensured that it ranked eighth on the Universitas Ranking of National Higher Education Systems in 2019.

7. Japan – strength in science and maths

Some of the stats are superb. For example, 50% of Japanese students go on to attend university, while it has the highest level of general adult education of any G7 nation.

6. Switzerland – heavy investment from the State

One of the many European countries and nations on this list is Switzerland. The country invests a total of 5.7% of its GDP into education. It is, therefore, no surprise it is a world leader.

According to a 2012 OECD study, Switzerland ranks ninth in the world for educational standards among 15-year-olds, while 258,000 students enrol yearly at a Swiss higher education institution.

5. France – one of the best countries in the world for education

France welcomes some of the most international students in all of Europe. Furthermore, French universities offer affordable courses that are fundamentally competitive and engaging.

The importance of education can be gleaned from the fact that 52% of French children enrol in school at two and 100% at three.

4. Canada – home to some of the best universities in the world

Canadian education ranks among the best in the world. The quality of education received is evident in the fact that Canada ranks highly globally for reading, science, and mathematics.

Canadian teachers are amongst the highest paid in the world and can boast of three of the top universities in the world: Toronto, McGill, and the University of British Columbia.

Access to quality education is readily available in Germany, and the country possesses the highest proportion of tertiary education students.

Class sizes in Germany are small, allowing for greater concentration and input from high-quality teachers. Elsewhere, Germany is also home to world-class universities, such as Ruprecht-Karls-Universität Heidelberg.

2. United Kingdom – one of the best countries in the world for education

The UK is a haven for world-class universities that include the University of Oxford, Cambridge, London School of Economics, King’s College, and the University of Manchester. Qualifications from here offer excellent career opportunities.

Topping our list of the best countries in the world for education is the US. The US education system has been memorialised in numerous TV shows and movies, but it truly is the real deal.

The US has some of the highest education spending in the world. To consolidate its spot, the US boasts five of the ten best universities in the world. These include MIT, Princeton, Stanford, Harvard University, Caltech, and Chicago. 23 of the world’s 100 best also stem from the States.

Finland: Finnish students have access to excellent educational facilities. The UN ranked Finland fourth in the world back in 2019.

South Korea: Education is emphasised in South Korea, and it is extremely competitive. It is home to the world’s most educated population, as 91% of people have completed secondary education.

Denmark: Denmark fares strongly when it comes to higher education, ranking third on the U21 Ranking of National Higher Education Systems in 2016.

Singapore: Another from the list of countries that could have been included. A stunning total of 97% of students continue education after 18.

FAQs about the best countries in the world for education

Which country’s education is toughest?

There is perhaps no agreement as to the toughest, but some of the toughest across the globe include the US, Japan, Singapore, Hong Kong, and Finland.

What rank is the US in education?

American education, according to this 2021 study, ranks number one in the world. It didn’t reach the top ten in the 2020 Global Citizens for Human Rights Report.

What rank is the UK in education?

The UK ranks in second place for education according to this 2021 study. The UK also finished second in the 2020 version of the study.