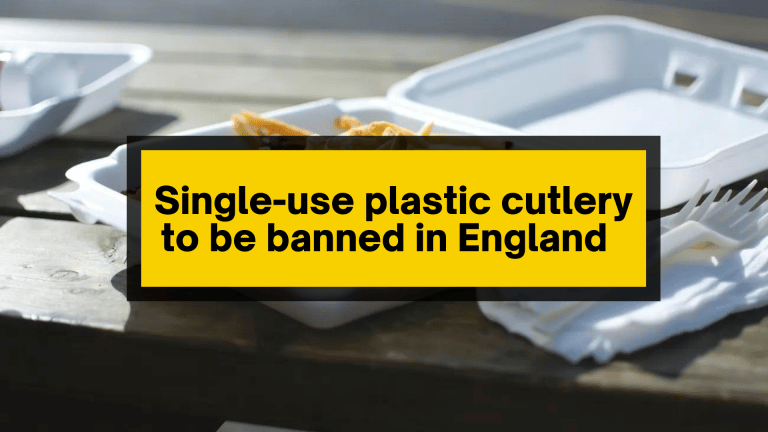 Single-use plastic cutlery looks set to be banned in England soon as the country follows similar moves which have been done by neighbouring countries, Scotland and Wales.

While it is not yet clear when plastic cutlery will be banned in England, it will likely happen sooner rather than later as the country follows similar moves by Scotland and Wales.

Campaigners have welcomed news of the ban but, at the same time, have also called for a more robust and wider-ranging plastic reduction strategy.

The government confirmed banning single-use items such as plastic cutlery, plates and polystyrene trays. Environment Secretary Thérèse Coffey claims that the move will go a long way towards actively helping to protect the environment for many future generations to come.

The confirmation of the move from the Department for Environment, Food and Rural Affairs (Defra) came after a lengthy consultation.

Speaking regarding the ban, Ms Coffey said, “I am determined to drive forward action to tackle this issue head-on. We’ve already taken major steps in recent years – but we know there is more to do, and we have again listened to the public’s calls.

“This new ban will have a huge impact to stop the pollution of billions of pieces of plastics and help to protect the natural environment for future generations”.

According to governmental figures, up to 1.1 billion single-use plates and more than four billion pieces of plastic cutlery are used annually in England.

These staggering figures are problematic to those looking to protect the environment as plastic waste, as more often than not, it does not begin to decompose for years, leaving it languishing in landfills for a very long time.

According to Defra, each person in England uses an average of 18 single-use plastic plates and 37 plastic cutlery every year, with only a measly 10% of these items being recycled.

While plastic cutlery can be useful for food hygiene, its critics will point to the fact that it often ends up as litter and pollutes soil and water.

While all have widely welcomed the ban, Megan Randles, political campaigner for Greenpeace UK, stressed that further action is required to protect the environment.

She said, “We’re dealing with a plastic flood, and this is like reaching for a mop instead of turning off the tap”.

Randles called on the government to follow up on the ban and deliver a “meaningful” strategy for reducing plastic use, which would contain specific stringent targets to be achieved and the implementation of “a proper reuse and refill scheme”.