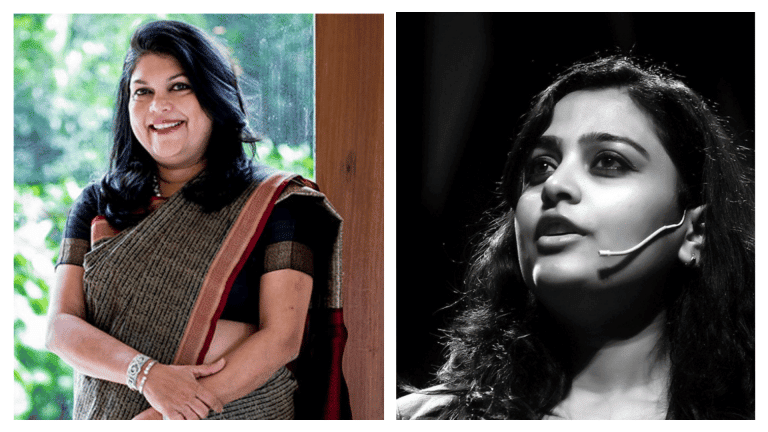 By looking at any of the achievements the most successful women in India have accomplished, you can’t help but feel inspired to take on your own goals.

India is full of amazing people with a rich history and vibrant culture. As a country, they also play a big part in the global economy, and as such, India has naturally produced many successful businesspeople.

In recent decades, India has seen many successful women who have thrived in their respective industries and act now as an inspiration to so many others and continue to be very influential people.

This article will list what we believe to be the top five most successful women in India who will inspire you.

Falguni Nayar launched the business Nykaa at the age of 49 after having an impressive career spanning over two decades in the corporate environment.

Her business grew rapidly to 80+ physical stores across 38 cities, hosting over 2000 brands and establishing in-house labels.

Radhika Agarwal, the co-founder of Shopclues, is the perfect example of a woman who defied the odds as she managed to thrive in the male-dominated E-commerce industry against competitors such as Flipkart, Snapdeal, and Amazon, to name but a few.

While earning her MBA in the United States in 2012, Radhika wanted to explore the e-commerce set-up in India. With very little capital on hand, Radhika and Sanjay Sethi successfully established Shopclues as a platform that conveniently connected buyers and merchants.

It was a tremendous success and had a valuation of $1.1 billion in just five years. Radhika is now the Founder and CEO of Kindlife, a new-age beauty and wellness platform that hosts 150+ brands covering areas such as nutrition, beauty, and home care.

Menstruation is still sadly frowned upon in the 21st century, thanks to the many myths and stigma attached to it, making it a social taboo.

Aditi Gupta bravely decided not only to attempt to dismiss this taboo but also at the same time educate young girls on the science behind menstruation.

To achieve this goal, Aditi Gupta created the now acclaimed comic book guide Menstrupedia. The comic book involves “a guide to periods, targeted at girls aged nine and above.

“All the characters and storylines are adapted from real-life experiences that Gupta collected during the research process to create the book”. It has since been translated into 16 languages for circulation worldwide.

The comic book won many awards, grants, and collaborations with Whisper India, and Aditi’s work was internationally recognised as she was listed in Forbes 30 under 30 list.

2. Vani Kola − known as the ‘Mother of Venture Capitalism in India’

After a successful entrepreneurial career spanning over 20 years, Vani Kola returned to India in 2006 to explore the venture capitalist market and learn more about how the start-up ecosystem in India worked.

After conducting massive market research, Vani noticed the particular signs of promising start-ups that could help shape the future.

Vani was awarded India’s ‘Most Powerful Women in Business’ by both Forbes and Fortune magazines and became known as the ‘Mother of Venture Capitalism in India’.

In first place on our list of what we believe to be the top five most successful women in India who will inspire you is Kiran Mazumdar Shaw. She is the perfect embodiment of an inspiring Indian businesswoman.

Kiran Mazumdar-Shaw experienced much prejudice in 1978 when, at age 25, she started her enzyme manufacturing company, Biocon.

Biocon proved to be hugely successful and had a market value of $1.11 billion, making it the second Indian company to cross the $1 billion mark on the first day of listing.

Kiran Mazumdar-Shaw received numerous accolades, such as the Othmer Gold Medal, and was even listed as the 68th most powerful woman in the world by Forbes in 2019.

That concludes our list of the top five most successful women in India who will inspire you. Are there any other great successful Indian women who you think deserve a place on our list? For more, check out our article on the 10 amazing women changing the tech industry.

Ritu Kumar: Ritu Kumar started her career as a fashion designer in 1969, specialising in bridal collections. Since then, she has become one of the top fashion designers in India and a household name in the fashion industry.

Suchi Mukherjee: During pregnancy, Suchi Mukherjee came up with the idea of creating a social fashion retail platform. After overcoming all the early business hurdles, Suchi launched Limeroad in 2012 along with her partners Prashant Malik and Ankush Mehra.

Today it now has a staggering valuation of  $51.9 million and a thriving 50,000+ strong women’s community.

Her idea received support from acclaimed businessman Ratan Tata and Infosys co-founder Kris Gopalakrishnan. As of today, the company has sold over 20,000 vehicles and manufactures approximately 30,000 vehicles annually.

FAQs about the most successful women in India:

Who is the most successful female in India?

In our opinion, Kiran Mazumdar Shaw, the first-ever self-made female billionaire and a successful businesswoman in India, must be regarded as the most successful female in India.
Who is the youngest female CEO in India?

Who is the most famous female in history?

The Virgin Mary, the mother of Jesus, is both revered by Christians and Muslims alike. While precise details of her life are pretty vague, she still stands out as the most famous female in history.