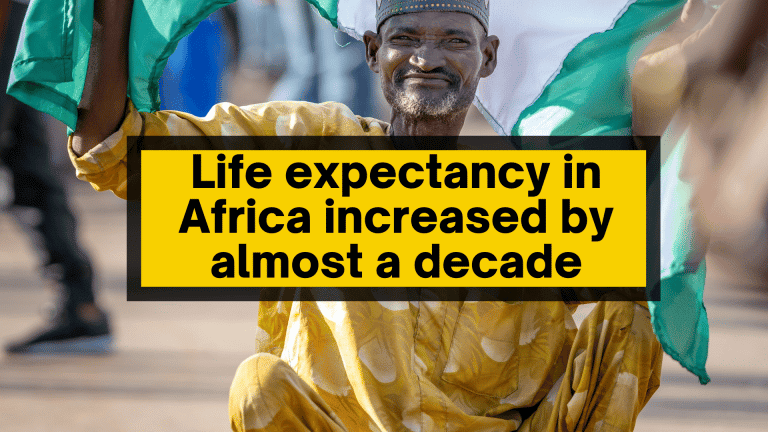 According to a new report from the World Health Organisation, life expectancy in Africa has risen by almost ten years since the turn of the millennium.

Life expectancy in Africa has increased by almost a decade since the millennium. Today, those on the continent now expected to live to 56 years of age in good health.

The rise seen in life expectancy across the African continent is higher than in any other region in the world during the same 20-year period.

This huge rise in life expectancy across the continent is due to a number of factors, including improvements in healthcare provision.

Huge progress across the continent ‒ how this compares to global figures

The Tracking Universal Health Coverage in the WHO African Region 2022 report revealed that life expectancy in Africa has increased by almost a decade since the millennium.

The report showed that the number of years an individual can expect to live in a good state of health increased from 46 in 2000 to 56 in 2019. Meanwhile, general life expectancy on the continent rose to 62.

This is still below the global average for healthy life expectancy, which sits at 64. However, over the same period, the number of years an individual can expect to live in good health increased by only five years globally.

The rise in life expectancy across the African continent can be linked back to a number of factors. These include improved provision of essential health services and progress in reproductive and child health. There has also been huge headway in the fight against infectious diseases.

Across the continent, essential health service coverage improved to 46% in 2019, a huge jump from just 24% in 2000. The most significant gains were seen in the prevention and treatment of infectious diseases. This is largely thanks to a huge upscale of HIV, tuberculosis, and malaria control measures from 2005.

Dr Matshidiso Moeti is the World Health Organisation’s Regional Director for Africa. He spoke on the report’s findings that life expectancy in Africa had increased by almost a decade in the past 20 years.

He said, “The sharp rise in healthy life expectancy during the past two decades is a testament to the region’s drive for improved health and wellbeing of the population.

“At its core, it means that more people are living healthier, longer lives, with fewer threats of infectious diseases and with better access to care and disease prevention services.”

However, he urged that this good news does not mean progress can come to a stop. He continued, “Unless countries enhance measures against the threat of cancer and other non-communicable diseases, the health gains could be jeopardized.”