Top 5 inspiring people who turned their lives around 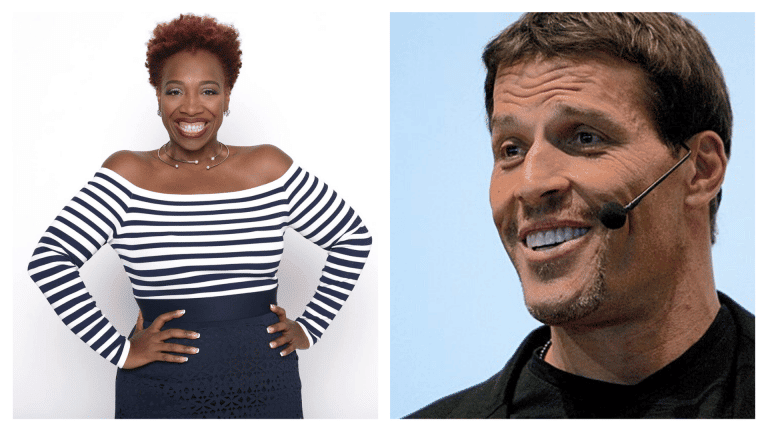 By learning about the stories of inspiring people who turned their lives around, you won’t be able to help but feel inspired to make positive changes in your own life.

Life is never simple; in this modern world, it can sometimes seem more complicated than ever. Virtually everyone has felt at one stage or another that they have failed, that they have not achieved their goals and unlocked their true potential.

However, the important thing to remember is that these feelings are normal and something that everyone experiences

What’s more, many people feel these things right before they turn their lives around by achieving their goals which can act as an inspiration for so many others to know that anything is possible.

This article will list who we believe to be some very inspiring people who turned their lives around.

5. J.K. Rowling – one of the world’s most successful authors

Now one of the world’s most successful authors, J.K. Rowling has come a long way thanks to her best-selling series of Harry Potter books.

When she was 28, she had to rely on state benefits to survive and had to go as far as resorting to writing her books in cafes to reduce her utility bills. She even contemplated suicide at one time too.

Thankfully, however, J.K. Rowling persevered, finished her books, and was able to witness them be adapted into movies and become the cultural phenomenon that they are today, making her a very wealthy woman.

Famous now for being a comedic legend, Jim Carrey hasn’t always enjoyed success and wealth. While just in his early teens, his family were so poor that they had no choice but to live in a van which led to Jim having to drop out of school to support his family.

After years of being on the stand-up circuit going from comedy club to comedy club, Jim was finally recognized for being the comedic extraordinaire he is and has since become one of the biggest comedy stars in the movie industry.

Tony Robbins is famous nowadays for being an inspirational, motivational speaker. Perhaps his tough upbringing helped mould him into the inspiring man he is today.

Tony grew up in a blended family and experienced many challenging moments, even living in his car at one point.

However, things began to change for him when he was mentored by Jim Rohn, leading him to become a motivational speaker known by the thousands of people worldwide who attend his seminars.

2. Lisa Nichols – successfully made a huge life-changing decision that improved her life greatly

Lisa Nichols experienced much trauma in her life, from the father of her baby being sent to jail to finding herself with so little money that she couldn’t afford to buy nappies for her baby and instead used a towel as a makeshift nappy.

However, after experiencing that lowest low, Lisa changed her life forever by making a vow to herself and her son that she would never experience such poverty again.

From that moment on, Lisa turned her life around by changing the circles she moved in and distancing herself from friends and family for a decade while she worked on improving herself mentally and academically. This all led her to become a success and an inspiration to others.

1. Oprah Winfrey – overcame tremendous adversity to become one of the most well-known and best-liked tv personalities

In first place on our list of who we believe to be some very inspiring people who turned their lives around is the great Oprah Winfrey, who overcame tremendous adversity to become one of the most well-known and best-liked tv personalities of all time.

Oprah grew up in poverty and experienced sexual abuse and the loss of a baby. She dreamed of working in the media; however, her first few roles didn’t work out so well, and at 23, she was fired from a reporting job.

This setback didn’t stop her, however, and she continued to pursue her dreams until they became a reality when she became the first African American woman to have such a popular show that it even competed for ratings with the likes of Larry King.

After much adversity, she has become a well-known talk show host and billionaire.

10 good things that came from the pandemic

10 best self-love crystals you need in your life