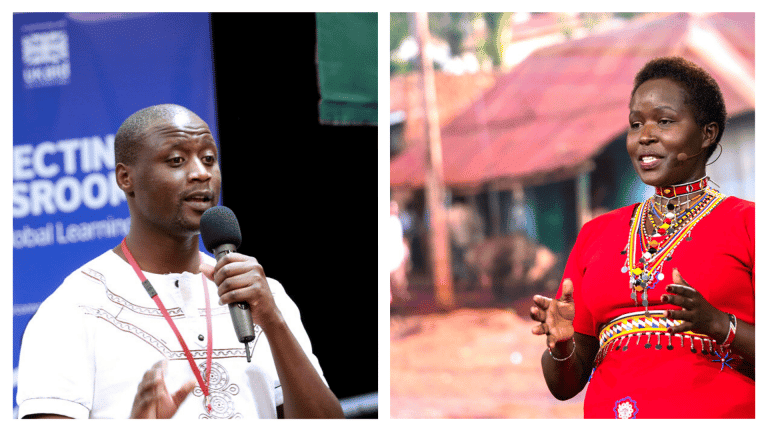 By listening to and learning about hero stories, you won’t be able to help but feel inspired to do better in your own life.

No matter where in the world you’re based, everyone loves a heroic story. It’s a universal story, no matter the language or culture.

People love hero stories, especially real ones because they inspire and actively encourage people to improve themselves and their lives.

This article will list what we believe to be five great hero stories that will inspire you today to do and be better.

Kakenya Ntaiya made history by becoming the first woman in her village in Kenya to attend college in the United States.

Using the knowledge gained from her education in the United States, Kakenya returned home to Kenya with the mission of inspiring change and helping to improve lives.

It’s certainly fair to say that Kakenya was successful in this endeavour, as when she returned to her home village, she opened its first-ever primary school for girls. “Our work is about empowering the girls,” Ntaiya said. “They are dreaming of becoming lawyers, teachers, doctors”.

The story of Kakenya is quite inspiring and shows the impact one person can have on their own area through sheer will and determination.

Dale Beatty was an army veteran who helped to co-found Purple Heart Homes. This organization successfully helped thousands of army veterans to locate adequate housing and healthcare when they came home after the war.

Unfortunately, Beatty passed away at the young age of 39. Still, despite his ultimately short lifespan, his legacy will live on thanks to the hugely positive contribution he made to so many veterans’ lives.

3. Robin Emmons – created an oasis in a ‘food desert.’

In Charlotte, North Carolina, more than 72,000 people lack access to fresh produce. When Robin Emmons realized this problem, she decided to take action by growing more than 26,000 lbs of fruits and vegetables for residents of the area.

When asked why she practically created an oasis in a ‘food desert’, she said, “I decided to rip up my whole backyard and make it all a garden for people in need.”.

Thanks to Robin’s ingenuity, thousands of people in Charlotte, North Carolina, benefit from the bountiful fresh food supplies.

2. Georges Bwelle – providing healthcare to even the remotest of locations

Even in this modern age, the sad reality is that many remote locations throughout the world still don’t have regular access to healthcare. One such place was the jungles of Cameroon until Georges Bwelle changed everything for the better.

For decades, Georges Bwelle watched his father suffer as he was unable to access the medical care that he needed, but now that he is a doctor, he has made it his mission to regularly travel into the jungles of his native Cameroon almost every weekend providing free medical care.

When asked why he does this remarkably selfless act, Georges said, “To make people laugh, to reduce the pain, that’s why I’m doing this”.

In first place on our list of what we believe to be five great hero stories that will inspire you today to do and be better is the story of Peter Tabichi, who is a schoolteacher from Kenya.

With most of his students living in impoverished conditions and coming from single-family households, many traditionally tend to fail or just quit school.

Not wanting this to happen to his students, Peter generously donates 80% of his own wages to help them so that they have less to worry about and can focus on their schoolwork instead.

He was recently recognized as the world’s best teacher and awarded $1 million, which he most certainly reinvested into his students as he is such a selfless person.

That concludes our article on five great hero stories that will inspire you today to do and be better. Did you find them inspiring, and are there any other famous hero stories that you think deserved a mention on our list?