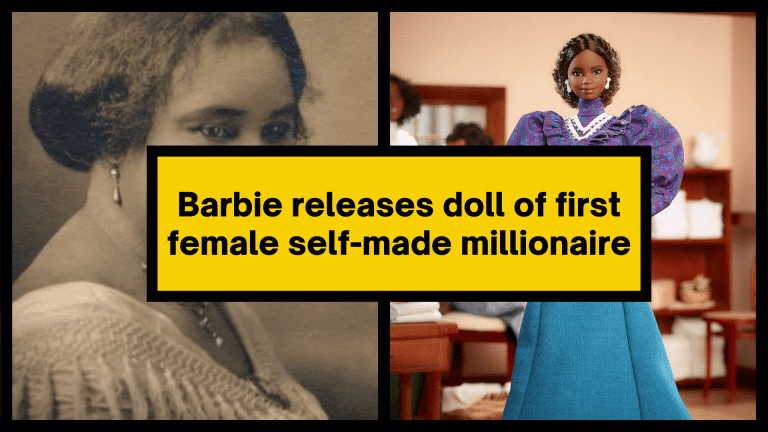 The time for Barbie to expand the diversity of its doll collection is long overdue. However, we’re glad to see that positive change is happening in one of the most influential toy brands.

The first female self-made millionaire is finally getting her own Barbie doll as the toy brand expands to represent its diverse and beautiful customer base.

Madam C.J. Walker was an American entrepreneur, philanthropist, and political and social activist. She was best known for creating a specialist line of hair care products for black women.

Now, over 200 years after her death, this incredibly influential lady is finally getting a Barbie doll dedicated to her memory.

Ever since its launch by American toy company Mattel, Inc. in 1959, Barbie has been faced with much criticism due to the doll collection’s lack of diversity and accurate representation of the world.

However, the toy brand is finally making some positive changes. Today, it works to represent the real people who buy the products.

Launched as part of the brand’s Fashionistas line, Mattel released a series of dolls with disabilities. These included a Barbie with a hearing aid, a Barbie in a wheelchair, a Ken doll with vitiligo, and a Barbie with a prosthetic leg.

Now, the brand has released its latest line inspired by some of the most inspiring women from history, including Madam C.J. Walker.

The new Inspiring Women line features dolls of iconic role models, such as Frida Kahlo, Maya Angelou, and Rosa Parks. Eleanor Roosevelt, Billie Jean King, and Florence Nightingale are some of the other iconic figures recreated in Barbie form.

Madam C.J. Walker is perhaps best known for her line of hair products for black women that helped her become America’s first female self-made millionaire. However, she was also an incredibly influential philanthropist, activist, and advocate.

As she gained wealth, she became more outspoken about her views. Some of her philanthropic work included raising funds to establish a branch of the YMCA in Indianapolis’ black community. She also pledged $1,000 to the building fund for Senate Avenue YMCA.

She also delivered numerous speeches and lectures at various conventions sponsored by powerful black institutions. In 1912, she spoke at the annual gathering of the NNBL. Here, she declared;

“And from there, I promoted myself into the business of manufacturing hair goods and preparations. I have built my own factory on my own ground.”

Now, the legacy of this inspiring woman, who was America’s first female self-made millionaire, will live on. Today, she can inspire a new generation with her very own Barbie doll.