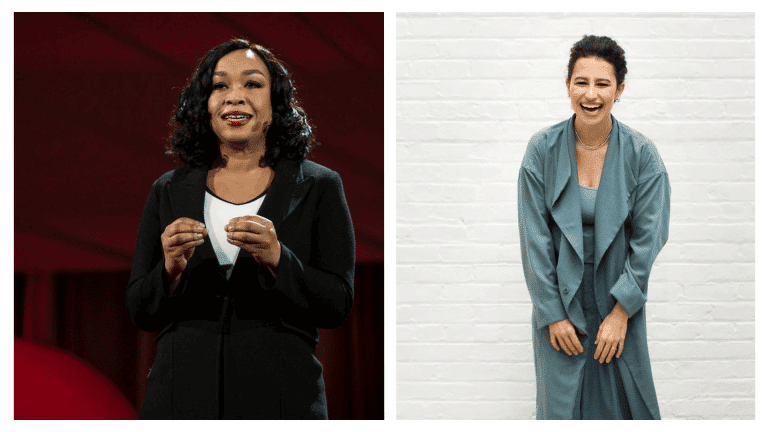 Celebrities can have both a positive and negative influence on the people who follow them. Let’s take a look at five celebrities who, when asked the question at hand, ‘Are celebrities good role models?’, you can easily answer with a yes.

The media can be an unnervingly toxic place. Unrealistic body images are often promoted, heads of social media sites often push their own agendas, and negative news, like celebrities in distress, often gets more media attention than when a celebrity is using their status for good.

In this article, we’re going to take a look at five celebrities who are most certainly good role models, who use their status to promote freedoms, and ethical and sustainable brands, and who strive to make the world a little bit better with their raised pedestal.

5. Lady Gaga – a wonderful supporter of young people and the LGBTQ+ community

Lady Gaga is a wonderful singer, songwriter, and actress who has used her celebrity status in a number of admirable ways.

Along with her mother, Cynthia Germanotta, Lady Gaga founded the Born This Way Foundation in 2012.

The foundation is a non-profit that supports the wellness of young people. It strives to “raise awareness for the importance of mental and emotional health” and to “decrease stigma and provide young people with better access to quality resources”.

She is as inclusive as it comes and has helped many people in the LGBTQ+ community feel comfortable in their own skin. She called her 2011 song ‘Born This Way’ her “freedom song”, and it has been widely adopted and embraced as a gay anthem.

Furthermore, Lady Gaga is very open about her mental health issues, which is key in destigmatising something that most of the world is faced with.

An Academy Award-winning actor, he has been an outspoken advocate for the environment and the problems we are facing with climate change for much of his career.

In 2014, he was designated as the UN Messenger of Peace for Climate Change. He also sits on the board of several environmental organisations like WWF, the Natural Resources Defense Council, Pristine Seas, and many more.

With this status as one of the biggest actors in the world, it’s really important that young people have a role model like this in this public eye to take inspiration from.

Ilana Glazer, along with co-star Abbi Jacobson, has created some of the greatest moments of feminism on screen the world has seen.

Broad City might be a hilarious 20-something, stoner comedy, but the realness of the characters speaks volumes to young people watching about body image, sexuality, and what life is really like finding yourself without the Hollywood glitz and glamour.

Outside of acting, she is a huge advocate for the importance of voting. Her Instagram has been described as a “Master Class in Social Justice” as she breaks down the voting system to make it easier for those who might be struggling to navigate the system.

The Jewish comedian is utterly herself both in character and out, so she’s a fantastic role model to anybody who is aware of her.

She has explained before that her ethnically, and sexually diverse casts are just mimicking real life. Rhimes says she simply writes about diversity she views as “normal”.

When Grey’s Anatomy made its debut in 2005, the show was recognised for its diverse world of doctors, in which half the men and women are people of colour.

Having people like Shonda Rhimes writing the storylines for shows that get viewed around the world is extremely important, especially for young eyes to see themselves represented in the mainstream media.

1. Emma Watson – an excellent advocate for women and equality

Known famously for playing Hermione Granger in the Harry Potter film series, Emma Watson is renowned for being a celebrity with good intentions.

In 2014, she was appointed the UN Women Goodwill Ambassador, and she helped launch the Women’s campaign HeforShe, which advocates for gender equality, something she is very vocal about.

This campaign urges men and boys to stand up against inequalities, not just women. She’s one of the leading celebrities for women’s rights and equality, and she is truly an excellent role model for young girls growing up in a world largely run by men.

Furthermore, she has travelled to the likes of Bangladesh and Zambia to promote education for girls. When posed the question ‘are celebrities good role modes?’, Emma Watson is a prime example of yes, they certainly can be.

Michelle Obama: Michelle Obama is one of the greatest role models for women. She is also a key advocate for education and poverty awareness.

Greta Thunberg: Greta Thunberg came to be known for her advocacy for the environment and climate change. Ever since she entered the public eye, she has been non-stop with enforcing the concern about our actions against the planet.

Jennifer Lawrence: Jennifer Lawrence is a good role model because she comes across as a regular person, just like we are. She has always promoted a healthy body image, something that is crucial for young people.

People like Michelle Obama, Malala Yousafzai, and Emma Watson are great role models for students as they advocate for the importance of education.

Serene Williams is one example of a fantastic athlete role model. She discusses body image and length and has always outlined the importance of racial equality in the sporting world.

Who do kids look up to the most?

Kids tend to look up to the most popular person on the internet at that moment in time. Without realising it, these social media influencers can unwillingly have a negative impact on the minds of kids.

This is why it’s so important to encourage kids and point them in the right direction of positive celebrity role models. Kids also, of course, look up to their parents and adults in their lives.

10 motivational speeches about life you need to watch