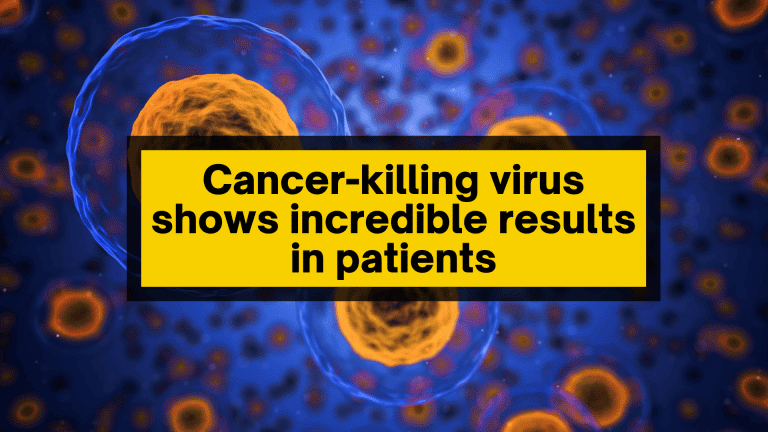 This drug used in this new type of cancer therapy uses a weakened version of the cold sore virus, herpes simplex, that has been adapted to kill tumours. Incredibly, one patient’s cancer vanished, while tumours shrank in other patients’ cases.

Experts say that longer and bigger studies will be needed but that these early results are very promising and could offer a lifeline to people with advanced stages of cancer.

Krzysztof Wojkowski is a 39-year-old builder from west London. He is one of the patients who took part in the ongoing phase one safety trial run by the Institute of Cancer Research and the Royal Marsden NHS Foundation Trust.

He was diagnosed in 2017 with cancer of the salivary glands, and despite surgery and treatments, the cancer continued to grow.

However, incredibly, a short course of the new virus therapy appears to have rid him of his cancer. He said, “I had injections every two weeks for five weeks which completely eradicated my cancer. I’ve been cancer-free for two years now”.

The process – attacking the tumours directly

The injections Wojkowski received are injected directly into the tumour, and they attack the cancer in two ways. They invade the cells, making them burst. They also activate the immune system.

There are around 40 patients who have tried this treatment as part of the trial. Some were given the virus injection on its own, while others received nivolumab, another cancer drug, simultaneously.

The virus injection, called RP2, was given to nine patients on its own. Three out of the nine saw their tumours shrink. Seven out of those who had the combined treatment also appeared to see positive effects.

A great step – a souped-up version of similar treatments

Lead researcher Professor Kevin Harrington told the BBC that the response to the treatment was “truly impressive” across of range of advanced cancers, including a rare type of eye cancer.

He said, “It is rare to see such good response rates in early-stage clinical trials, as their primary aim is to test treatment safety, and they involve patients with very advanced cancers for whom current treatments have stopped working.

“I am keen to see if we continue to see benefits as we treat increased numbers of patients”. This is not the first time a virus has been used to fight cancer.

Top 5 reasons to use a sleep tracker bullet journal