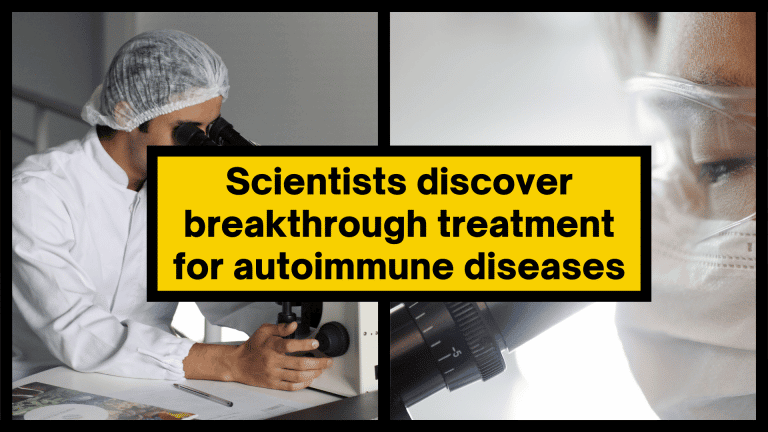 The new CAR T-cell treatment has proven to send lupus into remission, creating hope that it could go a long way in treating other autoimmune diseases.

A breakthrough treatment for lupus has given hope that it could cure autoimmune diseases.

Five patients with severe autoimmune diseases have become the first in the world to receive the new CAR T-cell treatment that drives lupus into remission.

Lupus is a long-term autoimmune condition that causes joint pain, skin rashes, and tiredness. In severe cases, lupus can cause life-threatening damage to a patient’s heart, lungs, brain, and kidneys.

Lupus is caused when a person’s immune system mistakenly attacks healthy organs and body parts. What causes the onset of lupus is not well understood. However, many doctors have linked its triggers to viral infections, changes in the body around puberty or menopause, and certain medications.

Up until now, there has been no cure for lupus. However, symptoms of the illness can be treated using medicines, such as steroids, that reduce inflammation. Now, the breakthrough treatment has been shown to drive lupus into remission, creating hope that it could cure autoimmune diseases.

Tests of the new CAR T-cell treatment were carried out, and each time, the therapy proved to drive lupus into remission. All five patients treated have been off lupus medication for between three and 17 months.

Doctors working on the treatment have stated that the early success has given hope that the cell transfusion could also prove successful for treating other autoimmune conditions.

Lupus affects around one in 1,000, with more women impacted by the illness than men. News that the breakthrough treatment could cure autoimmune diseases, such as lupus, will be welcome news for many affected by these diseases around the world.

Lupus often proves difficult to diagnose as symptoms tend to be inconsistent and often overlap with other illnesses.

The CAR T-cell therapy, which has proven to drive lupus into remission, was originally used to treat certain cancers, such as leukaemia. Now, after tests were carried out by doctors in Germany, it has also shown success in treating certain autoimmune conditions.

Professor Georg Schett is a rheumatologist at Friedrich-Alexander University in Erlangen-Nuremberg. He led the work on treating lupus using cell transfusions.

Speaking on the results, he said, “We are very excited about these results.

“Several other autoimmune diseases, which are dependent on B cells and show autoantibodies, may respond to this treatment. These include rheumatoid arthritis, myositis, and systemic sclerosis.

“But also diseases like multiple sclerosis may be very responsive to CAR T-cell treatment.”

10 happiest animals in the world