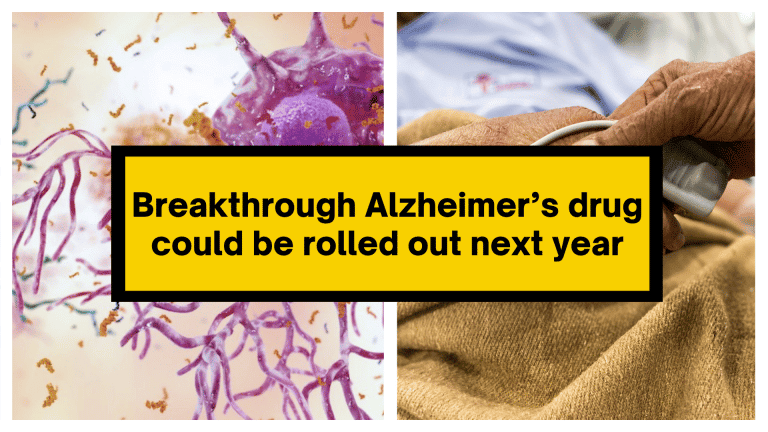 The news that a breakthrough Alzheimer’s drug could be rolled out next year has been welcomed by all hoping to see the disease weakened and ultimately stopped.

People who have developed Alzheimer’s have been given a possible lifeline and reason for hope.

This is thanks to the news that they could potentially start receiving a brand-new breakthrough drug which has been proven to slow the progression of the debilitating condition.

After landmark trials showed that Japanese pharmaceutical company Eisai and US biotech firm Biogen had succeeded in halting the decline in memory and thinking caused amongst patients with Alzheimer’s in its early stages, they hailed it as a historic moment!

The Alzheimer’s drug called lecanemab can be given to patients through injection and was designed to clear build-ups of amyloid, which are toxic plaques in the brain that are believed to be the root cause of the cruel disease that is Alzheimer’s.

The drug is designed to be injected bi-weekly for patients suffering from the early stages of Alzheimer’s.

Has slowed down both cognitive and functional decline – impressive results

Lecanemab has been shown to significantly slow down cognitive and functional decline by 27% in a large patient trial conducted recently. It’s hoped that the breakthrough Alzheimer’s drug could be available to patients as early as 2023.

According to Professor John Hardy, a world-leading dementia researcher and molecular biologist at University College London, “It depends upon regulatory authorities. But I would guess that we would see the first people [getting the drug] towards the end of next year.”

Speaking at a briefing ahead of the Clinical Trials on Alzheimer’s Disease conference, Dr Susan Kohlhaas, director of research at Alzheimer’s Research UK, said, “The lecanemab results brings a renewed sense of urgency to really improve the way we diagnose diseases like Alzheimer’s”.

The results of the trial – promising but not perfect

While the trial results were promising, the clinical trials also flagged some safety concerns. Brain swelling and micro haemorrhages were noticed among 21.3% in the lecanemab group and 9.3% in the placebo group.

These figures were said to fall well within the expected range. However, according to Eisai and Biogen, also noted that all available safety information shows that their therapy is not linked with any potential increased risk of death.

While it remains to be seen if lecanemab will be the breakthrough Alzheimer’s drug that everyone has been dreaming of, it is undoubtedly a cause for hope for those who have Alzheimer’s that one day there might be an end to this most terrible of diseases.