Top 10 billionaires on the Giving Pledge 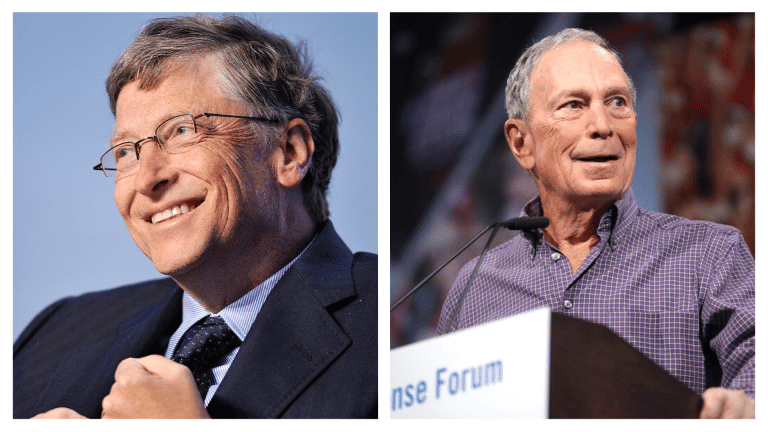 The Giving Pledge invites the world’s wealthiest people to give back to important causes. Check out who’s on the list.

It can sometimes be effortless to brand billionaires in a negative light. With so much money at their disposal, shouldn’t they give back in an attempt to solve some global issues?

That’s precisely what The Giving Pledge aims to do. Founded in 2010, this pledge is a promise by some of the world’s wealthiest people to contribute the majority of their wealth to charitable causes.

So, here is a highlight of some of the billionaires on the Giving Pledge.

10. George Lucas and Mellody Hobson ‒ “as long as I have the resources at my disposal, I will seek to raise the bar for future generations of students of all ages”

Having signed the pledge in 2010, Lucas and Hobson have contributed a significant amount of their wealth to help support education. Having sold Lucasfilm to Disney at an estimated cost of $4 billion, Lucas and Hobson gave away most of the money.

9. MacKenzie Scott ‒ “no drive has more positive ripple effects than the desire to be of service”

Since signing the pledge in 2019, Scott is said to have given as much as $12 billion to various organisations. She has supported such causes as LGBTQ+, gender equality, and climate change, to name but a few, as one of the billionaires on the Giving Pledge.

8. Laura and John Arnold ‒ “there is no reason for delay in making a difference”

Laura and John Arnold were two original signatures when the Giving Pledge was founded in 2008. Since signing the pledge, they have dedicated their lives to philanthropy.

In 2021, they signed up for the Give While You Live campaign, promising to donate five per cent of their wealth annually to charitable causes.

7. Michael R. Bloomberg ‒ “making a difference in people’s lives ‒ and seeing it with your own eyes ‒ is perhaps the most satisfying thing you’ll ever do”

Since signing in 2010, Bloomberg has given away approximately $9.9 billion of his wealth. His primary focus is on arts, education, the environment, and public health.

6. Dustin Moskovitz and Cari Tuna ‒ “we will donate and invest with both urgency and mindfulness, aiming to foster a safer, healthier, and more economically empowered global community”

Signing at the age of 26 back in 2010, Dustin Moskovitz and his wife Cari Tuna were the youngest couple to sign the Giving Pledge. They have co-founded the Good Ventures organisation, which aims to do as much as possible to enhance the world’s well-being.

5. Jeffrey Skoll ‒ “the world is a vast and complicated place, and it needs each of us doing all we can to ensure a brighter tomorrow for future generations”

Jeff Skoll was the first president of eBay and is one of the billionaires on the Giving Pledge.

Over the last decade, he has dedicated his life and wealth to trying to prevent pandemics, donating hundreds of millions to research to avoid pandemics and other global threats.

4. Mark Zuckerberg and Priscilla Chan ‒ “we will spend our lives working to make sure future generations have the greatest opportunities possible”

Known for creating Facebook, Zuckerberg and his wife, Priscilla Chan, have donated hundreds of millions to philanthropic causes since signing the Giving Pledge in 2010.

During the Covid-19 pandemic, Zuckerberg and Chan donated considerable amounts to disease prevention funds and local journalism by buying $75 million worth of advertising to keep smaller journalism platforms afloat.

3. Lynn Schusterman ‒ “we believe in the importance of investing in young people by providing them with educational experiences of high quality and by nurturing their creativity”

Schusterman was no stranger to philanthropic endeavours when she signed the pledge in 2011. Schusterman established her philanthropic foundation back in 1987, which aims to donate 75% of her wealth to Jewish causes worldwide.

2. Bill Gates ‒ “I’m honoured to be part of this community of problem solvers”

Gates founded the Giving Pledge along with his now ex-wife, Melinda and Warren Buffet. Since establishing the pledge, Gates has given back to society by contributing to education and Alzheimer’s research.

It is estimated that he will have given away approximately 99.96% of his wealth by death.

1. Warren Buffett ‒ “my family and I will give up nothing we need or want by fulfilling this 99% pledge”

Warren Buffett is not just one of the billionaires on the Giving Pledge. Rather, he is one of the co-founders of this extraordinary pledge. Buffet devised the idea with Melinda and Bill Gates. It is reported that this year alone, Buffet has donated $4 billion.

He acknowledges in his original pledge that he will still have more than enough money should he give away 99% of his wealth. He urges other billionaires to follow suit to make the world functional.

Top 5 inspiring people who turned their lives around