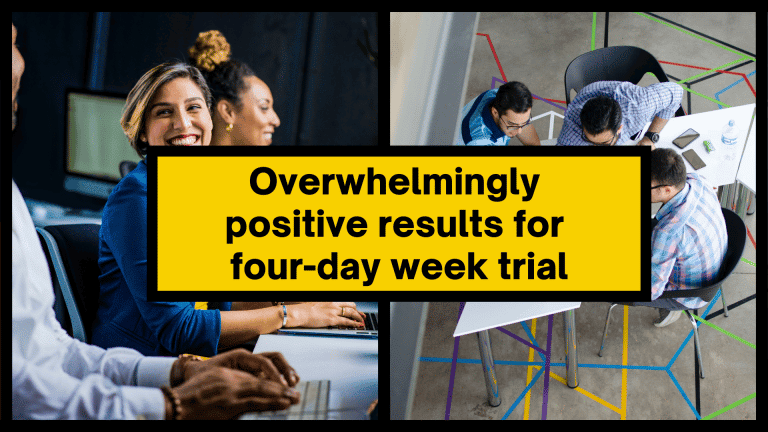 The UK trial of a four-day week is halfway to completion, with an overwhelming number of companies involved stating they plan to continue this model.

An incredible 86% of firms involved in the UK’s four-day week trial have recorded positive results.

As the trial reaches its halfway point, almost nine out of every ten companies taking part have said they plan to continue this model when the pilot ends.

Proving beneficial for both employees and businesses, the four-day week model could completely transform the world of work as we know it.

What is the four-day week? ‒ a new way of working

The idea for the four-day week was introduced after claims that the current five-day working week was proving inefficient, as workers were less motivated and less productive on the fifth working day.

Speaking to The Guardian, Joe O’Connor, CEO of the nonprofit group Four Day Week Global, said, “As we emerge from the pandemic, more and more companies recognize that the new frontier for competition is quality of life.

“Reduced-hour, output-focused working is the vehicle to give them a competitive edge.”

In June of this year, the UK began the world’s biggest trial of the proposed four-day week. Set for a period of six months, the trial has now reached its halfway point. So, what are the results looking like so far?

Of the 73 companies taking part, 41 completed a survey of their results three months in. Of those respondents, 86% revealed that they would continue with the model after the trial ended.

Thus far, 95% of companies said that levels of productivity had been maintained or even improved. A huge win for both employees and businesses. On the flip-side, however, data shows that some ‘old-fashioned’ companies taking part found the transition to a four-day week much more difficult.

Speaking on the results, O’Connor said, “We are learning that for many, it is a fairly smooth transition.”

However, he stated, “For some, there are some understandable hurdles, especially among those which have comparatively fixed or inflexible practices, systems, or cultures that date back well into the last century.”

Throughout the trial, over 3,300 employees are getting one paid day off per week. Thus far, many have benefited from lower commuting and childcare costs.

With the modern workplace looking much different than it did when the five-day work week was first introduced, the four-day week is a long overdue change to suit modern life.

With the pilot now reaching its halfway point and 86% of firms in the four-day week trial recording positive results, the way we live and work could change forever.