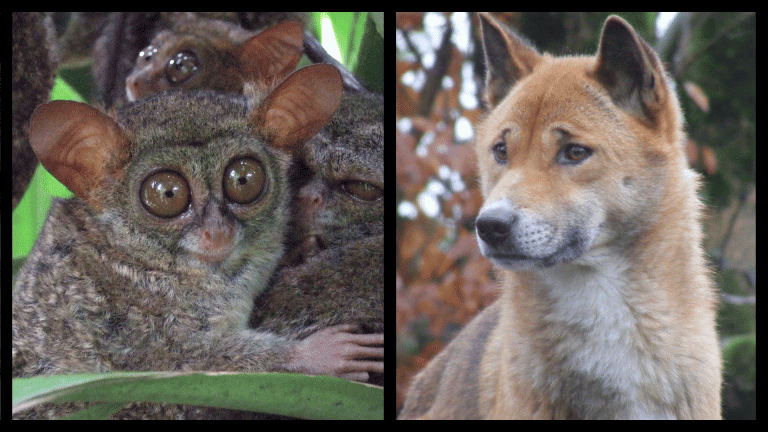 We’re constantly hearing stories of extinct and endangered species. However, we are revealing some amazing animals we thought were extinct that actually aren’t.

With the climate in crisis and countless species facing extinction, it is a terrifying time for the animal kingdom. However, with so much negative news about what is happening, we can sometimes fail to recognise the positive and uplifting stories of victories in the natural world.

Believe it or not, there are often cases of animal species that we had long believed to be extinct that actually turn out to be alive and well.

So, if you’re an animal lover feeling overwhelmed with news of crisis and extinction, this article is for you. We are revealing a list of some of the most amazing animals we thought were extinct that actually aren’t.

After decades of believing this amazing animal had gone extinct, researchers discovered an incredible population living in a remote region of New Guinea in 2016.

Over 50 years since the last confirmed sighting of a New Guinea Singing Dog, this discovery was a truly remarkable triumph for the animal world.

Otherwise known as a New Guinea highland dog, this ancient species is related to the Australian dingo. Famous for their high-pitched screams and low howling as a group, the animals got their name thanks to this distinctive sound.

In the late 19th century, explorers discovered the Nelson Shrew in eastern Mexico. With the growth of museums at this time, these explorers killed a few of these adorable shrews. They then brought them back to be displayed in the Museum of Natural History in Washington, D.C.

However, after this, no more Nelson Shrews were found in the wild for over 100 years. Thus, leading many to believe they had gone extinct. Yet, in 2009, the adorable little Shrew turned out to be one of the animals we thought were extinct that actually aren’t.

In a miraculous turn of events, one single Nelson Shrew was discovered on the slopes of San MartÃ­n Tuxtla volcano in Mexico in 2009. Truly amazing!

With their huge eyes and tiny stature, the Pygmy Tarsier is one of the most adorable-looking primates on the planet. A nocturnal primate native to central Sulawesi in Indonesia, the Tarsier was presumed extinct from the early 20th century.

However, in the year 2000, a scientist discovered one. Unfortunately, though, he caught the creature in a rat trap and ended up accidentally killing it.

Still, all was not lost. Eight years later, scientists caught three live Pygmy Tarsiers, managing to attach collars enabling them to track their movements. These tiny primates are still considered a protected species. Currently, there are around 5,000 to 10,000 believed to be left in the wild.

Native to Myanmar, the Arakan Forest Turtle is one of the amazing animals we thought were extinct that actually aren’t.

The incredible creature was believed to be extinct for almost 100 years after the last confirmed sightings were dated to 1908. However, in 1994, these amazing turtles were rediscovered in Asian food markets.

Known for hiding under the natural debris on forest floors, the turtles managed to evade scientific researchers for almost the entire 20th century, leaving the community to believe they had gone extinct.

Today, the Arakan Forest Turtle is classed as critically endangered. They are threatened by farming, logging, and bamboo harvesting. So, efforts are being put in place to protect this amazing species at all costs.

1. The West African Coelacanth ‒ one of the most famous animals we thought were extinct that actually aren’t

Perhaps the most famous example on this list is the West African Coelacanth, which was believed to be extinct for 66 million years. However, a South African museum curator rediscovered the creature in 1938.

Dubbed by scientists as a ‘living fossil’, many regard it as an early example of evolution from fish to terrestrial animal. However, despite having been around for over 400 million years, the West African Coelacanth is still believed to be critically endangered.