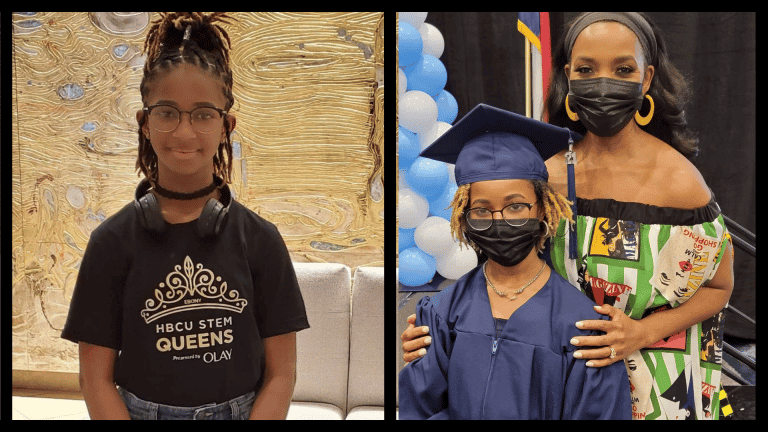 At just 13 years old, Alena Analeigh Wicker has made history by becoming the youngest black student ever to be accepted to medical school in the States.

It seems that Alena Analeigh Wicker, from just outside Fort Worth, Texas, was always somewhat of a prodigy. Now, she’s made history becoming the youngest black student accepted to US medical school.

At the age of three, she was already reading full chapter books, and by 11 years old was already undertaking high school level courses. At 12, she enrolled in two different colleges at the same time to earn two separate degrees in biological sciences!

Growing up, Alena was always fond of her studies and reading. However, she had a special place in her heart for the STEM subjects of science, technology, engineering, and math.

Now, the 13-year-old has amazed us all by becoming the youngest black student to be accepted to a US medical school.

Becoming the youngest ever US med student ‒ a medical genius

Alena received much encouragement from her family, advisers, and educators. So, she bravely decided to apply for early acceptance at the University of Alabama’s Heersink School of Medicine for 2024.

Remarkably in May, she was accepted into this program despite being more than ten years younger than the average incoming med student. Thus, the 13-year-old became the youngest black student to be accepted into medical school

To make this achievement even more impressive than it already is, it is also important to realise that the statistical chances of Alena being accepted were extremely slim, regardless of her age.

A remarkable achievement ‒ against all odds

Posting to Instagram, Alena shared the great news after becoming the youngest ever black student accepted to US medical school.

She wrote, “Statistics would have said I never would have made it. A little black girl adopted from Fontana, California. I’ve worked so hard to reach my goals and live my dreams.”

Thanking her mum for her endless support, Alena wrote, “Mama, I made it. I couldn’t have done it without you. You gave me every opportunity possible to be successful.”

She continued, “You cheered me on, wiped my tears, gave me Oreos when I needed comfort; you never allowed me to settle, disciplined me when I needed. You are the best mother a kid could ever ask for. MAMA, I MADE IT!

“You always believed in me. You allowed me space to grow and become, make mistakes without making me feel bad, and allowed me the opportunity to experience the world.

Besides her achievements in her studies, Alena also helped to found the Brown STEM Girl organisation. The organisation’s mission is to inspire and provide scholarships to young girls of colour pursuing STEM subjects.

“It feels amazing to be able to create a path for girls that look like me,” Alena told the Washington Post. “It doesn’t matter how old you are. You can do it. Don’t let anybody tell you no.”

She said, “I would say to any little girl out there that’s reading this Never give up on you, never let someone tell you that you can’t do something.”

The future looks exceptionally bright for Alena after the 13-year-old became the youngest black student accepted to US medical school. She is sure to make a significant impact on the world.