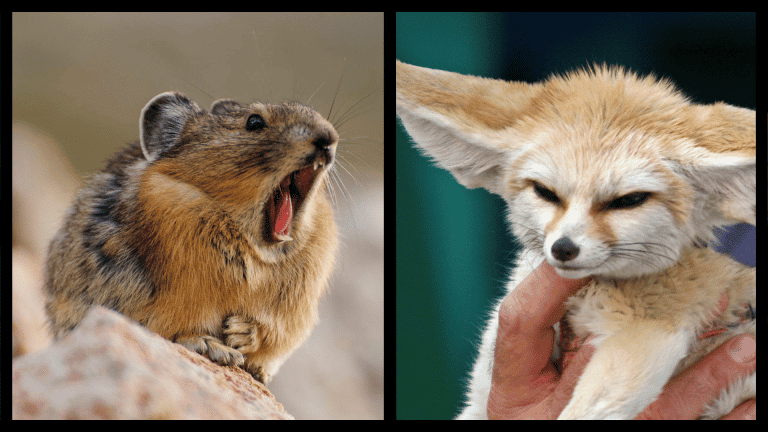 There’s nothing like a photo of a cute animal to turn a bad day around on itself. Here are some you may not know about.

Animals are indeed the glue that holds our world together. The world would be much sadder if it weren’t for them.

While kittens and puppies may sit at the top of the cute animal hierarchy, there are a lot of adorable animals that we don’t even know about.

So, without further ado, here’s a list of cute animals you didn’t know existed.

The numbat is a small creature that feeds on termites, with an adult numbat needing to eat up to 20,000 termites a day.

We will forgive their disgusting diet because they are so cute! They vary between a light grey and reddish brown colour and are identified by the stripes on the lower half of their body.

Next up is the aye-aye; even its name is cute. These primates are natives of Madagascar and are the world’s largest nocturnal primates!

They spend most of their lives high up in the trees, so it is no surprise that they’re one of the cute animals you didn’t know existed.

8. Quoll ‒ another cutie from Australia

How adorable is this little marsupial? The quoll is identified by its gorgeous white spots scattered across its brown fur.

This animal was considered extinct in mainland Australia until 2018, when the World Wildlife Federation began working to reintroduce them.

Isn’t this little guy the cutest? The Japanese dwarf flying squirrel can be found flying from tree to tree in the Japanese alpine forests.

They’re nocturnal, though, so they may be hard to spot. Is anyone up for a nighttime trek in the Japanese woods to spot these cute little creatures?

Don’t let its size and adorable face trick you. The margay feeds on other cute animals, like monkeys and birds. Still, they had to make the list of cute animals you didn’t know existed.

Don’t you just want to cuddle one of these cute animals you didn’t know existed? We definitely do, though we’re not sure this cute wild cat would share the same sentiment, so maybe best not to get too close.

Otherwise known as a sheep pig, the mangalitsa is gorgeous, and we want one now. This domestic pig was bred for meat but has quickly become a beloved domestic pet.

How could you eat something so darling? Hands up, who wants to adopt one as a pet?

Just look at those rabbit ears, and what about that snout? This gorgeous little creature lives in the desert regions of northwestern Australia.

They are unique because they don’t need to drink water; they can absorb what they need from their food. Now, if that doesn’t impress you, then we don’t know what will.

Pikas typically live in the mountainous areas of North America and Asia. These herbivores tend to live in big family groups and can live up to seven years in the wild.

Look them up online and swoon at all the photos of them running around with flowers in their mouth. Just look at them; they are too cute!

2. Japanese weasel ‒ the cutest when it comes to camouflage

These cute little animals are typically orange in colour. Still, our favourite thing about the Japanese weasel is the fact that it changes its fur in the winter to blend in with the snow. This successfully camouflages them from predators.

Who would possibly attack this cute little fur baby? The animals hunting them are surely just jealous of how gorgeous they are.

1. Fennec fox ‒ the cutest ears in the animal kingdom

With their ears twice as large as their head, it’s easy to see why we chose the fennec fox as number one on our list of cute animals you didn’t know existed.

These creatures have evolved to live in hot climates, with many making their home in the Sahara Desert. They don’t need to drink water often due to their evolution.

Top 5 reasons to use a sleep tracker bullet journal